Middle of the Road is for Roadkill.

It seems that the silly season of presidential politics has arrived right on time. Just like Spring bringing on the green grass and banishing the gloomy grey from the sky, the race to Pennsylvania Avenue has brightened my world like a shot of vitamin D. I must admit, I love this stuff. Straw polls and exploratory committees are my fix. This election cycle and season are no different....right? Let's run the numbers. The current president has done little to correct a down economy, spending is out of control, and the GOP spanked the donkeys last November in a major way. So why am I still feeling the winter doldrums? Why is the current field of hopefuls less than stellar? Am I the only one that sees Obama as vulnerable? Am I asking too many questions?

As a leader in the conservative movement once said, "Get right or get left. The middle of the road is for roadkill." Conventional wisdom will tell us that a candidate will have to move to the middle to get elected. In the past this may have been true. But I don't believe this holds true in America today. I see this as a liability to potential candidates. America is a center-right nation. Now more than ever, voters want someone to follow through on what they promise. They want someone that will preserve the greatness of America, that will return our dollar to a strong currency, and that will preserve the freedoms and liberty given to us by our Maker and Constitution. All candidates on the right have issues. Not one will be everything to all voters. With that said, let's take a look.

The front runner for now seems to be Mitt Romney. Mitt is currently walking back his health care reform in Massachusetts which served as a precursor to Obamacare. Health care costs in that state have risen 5% more than the national average since Romneycare was implemented. This is his major obstacle and one that I believe he cannot overcome. He has the look, the charisma, the fund raising, and the speaking ability to be elected. What he does not have is a conservative history.

Ron Paul is the darling of the Libertarian party. Now I will admit to having a small streak of Libertarianism, I cannot and will not endorse the legalization of heroin or the closing of military bases in strategic countries. Paul may be able to raise money, but he cannot raise his poll numbers over 12%. He is great for ideas and to further the debate, but not for the oval office.

Newt Gingrich is another ideas man. His "Contract with America" was pivotal in returning a majority of republicans to the house. However, Newt has issues, many issues. Let's start with his personal life. He was overseeing the impeachment of a president for an affair while having his own. He is on his third marriage. He has temperament issues and a history of joining progressives on environment issues.

Now to those who may be in, haven't decided yet, and those that some wish would get in. Michelle Bachmann has been contemplating a run for some time. With Trump and Huckabee out, her fate seems all but certain. She is the founder of the Tea Party Caucus in the house and a true conservative. Her record proves it. Her main problem is the press. They portray her as a know nothing light weight and are usually more concerned about her wardrobe or camera angle than her ideas or voting record. Mitch Daniels is seen by many as the saviour of the party and would likely become the instant front runner if he chooses to get in. The main concerns are on social issues, which he took a stand on during this legislative session, and the fire and fund raising ability to get the job done. Some even say he is dull. I have heard Rick Perry's name thrown out this past week as well. His aspirations are no secret. He is slick, well spoken, and looks the part. But conservatives aren't interested in outward appearances.

For the sake of brevity, I will wrap up my thoughts. The bad news is that not one conservative has stepped up to the plate to take a strong stand and move this process forward. The good news is that there is still plenty of time. Please don't take my words as slamming fellow republicans. I am simply stating what my fellow conservatives are thinking. We took a major step in the mid-term elections to install some true conservatives. These statesmen know that if they go back on their word, they will be fired. Politics as usual is a thing of the past. I am not willing to endorse anyone at this time, only offer words of wisdom.... Do not try to run from the middle. You will be called out. You will be exposed. RINOs are not welcome in this tent. We want a true constitutional conservative with the backbone to stand up for us. The other features are icing on the cake. Be careful, we don't want to see someone hit on the road.
Posted by Daniel Short at 19.5.11 6 comments:

If we build an east end bridge and put a toll on that bridge alone, that is a user fee. While this situation is not ideal, it is tolerable. However, if we toll bridges that already exist and are paid for, that is a TAX. As a conservative, I cannot support that. If this is truly the only way to build a bridge or bridges, then I say don't build them at all.
Posted by Daniel Short at 9.12.10 1 comment:

As more and more details come out on the health care bill, we find a little tid-bit about how the government will pay for some of it. Tucked away in the dark pages is a call for the IRS to start tracking purchases of gold over $600 beginning January 1, 2012. The current price of one ounce of gold is about $1200. When I first heard about this I asked myself if this was just about the taxes or is it also about tracking who has the gold. Remember our government has a history of taking your gold. Check out the full story here.
Posted by Daniel Short at 21.7.10 1 comment:

This past week, Kentucky officials announced the reopening of Otter Creek Park. There are a few changes being made there. The main change is that hunting will be allowed during special in season hunts. But, what really struck me as odd was the change in name. Otter Creek Park will now be known as Otter Creek Outdoor Recreation Area. Correct me if I am wrong, but isn't an outdoor recreation area the exact definition of a park? What is next? Renaming a laundromat an indoor clothes cleaning area? Enough with the lunacy and political correctness.
Posted by Daniel Short at 23.6.10 No comments: 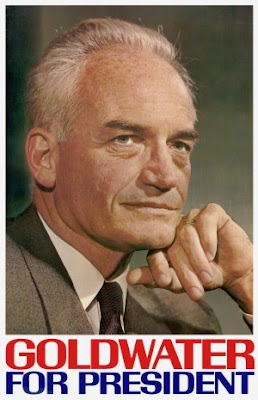 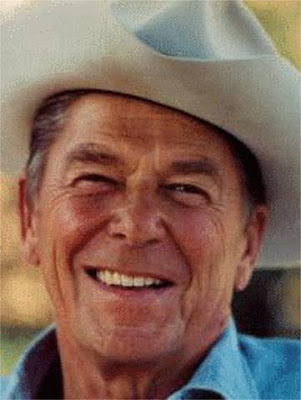 Also on the good news front: Governor Daniels has signed a bill that will let homeowners put political yard signs out 30 days before an election regardless of Home Owner's Association restrictions. Score one for free speech.
Posted by Daniel Short at 1.4.10 2 comments: 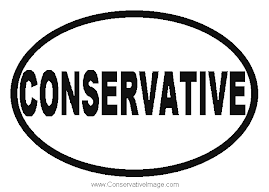